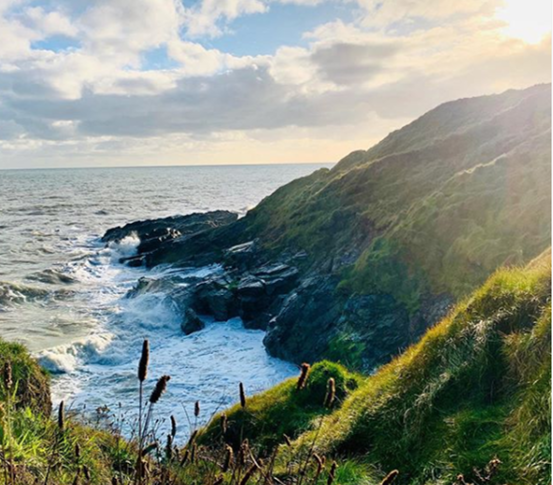 Cahore Castle was built circa 1850 in Tudor Revival Style for the George Family.

The 10-bedroom castle, which was run for many years as a hotel, is by far the grandest building in the area. It lies about half a mile from the village of Cahore and is set high above the beach with uninterrupted sea views and private access to the beach. While the entrance to the property is flanked by a caravan park, the gardens surrounding the castle ensure a good degree of privacy.

Originally Cahore Castle stood on 2,000 acres. It was built in 1850 by MP and solictitor general for Ireland, Judge J George. It was sold in the 1950s and subsequently became a summer retreat for nuns of the Order of St John of Gods. During the late 1960s it was converted into a small hotel. The hotel remained open until the 1990s, but the castle has changed hands twice since then and most recently has been used as a family home.

The main entrance is through high arched doors which open into a room-sized hallway complete with marble fireplace. There are three large reception rooms, two kitchens and a number of utility and cloakrooms.

An impressive staircase leads to the upper floor where there are seven bedrooms leading off a large landing. All the bedrooms have en suite shower rooms. There are three further bedrooms over two higher levels, and a tower room with suberb views towards Tara Hill.

There were great plans to develop the Castle into a huge 60+ bedroom hotel and leisure centre but sadly nothing ever came of it and is currently vacant.

Although the Castle and grounds remain closed to the public, the east facing facade is visible from the Cahore Cliff Walk path.